​The instructors and staff at Ephrata Martial Arts uphold traditional martial arts values while growing and evolving with the students' needs at the martial arts studio - resulting in the possible learning environment in which to develop well-rounded, mentally, and physically accomplished martial arts students.

Coach Justin brings leadership and over 40 years of mixed martial arts experience to the knowledge base at Ephrata Martial Arts. He received his first ranking in 1981 in West Hartford, Connecticut in Jukido. In his youth Coach Justin trained in various traditional martial arts systems, including Tae Kwon Do, Jukido, Kali, Ketsugo Kenpo, and several systems of Kung Fu. As an adult he began shifting his focus of learning towards different aspects of MMA, including SAMBO, Jiu Jitsu, Kickboxing, and Sanshou. He currently holds a Master of Sport in SAMBO under Master Vladislav Koulikov, a purple belt in BJJ, a black belt in Jukido, a second-degree black belt in Tae Kwon Do, and a second-degree black belt in Kung Fu.

Coach Justin has had the privilege of training with legends in the martial arts such as UFC Champion Rich Franklin, Vladislav Koulikov, Andre Arlovski, and Fedor Emelianenko. He believes that martial arts is dynamic and demands continuous learning in order to succeed. By continually training alongside the staff and students at Ephrata Martial Arts, Coach Justin demonstrates his philosophy by example. 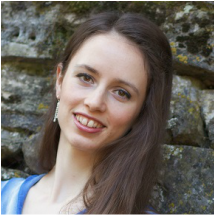 ​With over 15 years of training and teaching experience Coach Angelina is a patient coach to our 3.5 - 13 year old students as well as women's self defense classes. She has an amateur kickboxing record of 1-0, holds an intermediate rank in SAMBO under Master Vladislav Koulikov, is a NAGA medalist, and a black belt in Kung Fu.
Ephrata Martial Arts,  (717) - 738 - 2244
248 W. Fulton Street, Ephrata, PA 17522